Whether it is called performance art, live art, body art, or constructed situations, it is a medium in which the body – and not a material object – is used to create an artwork. Looking back to centuries of artmaking that only knew a few and always tangible media, this elusive artform raises some questions.

Lucy Lippard’s essay infamous essay, The Dematerialization of Art is used to provide an introduction to performance art since she is one of the first to give an account of the phenomenon of dematerialization. She is a curator, art critic and activist who already wrote in the late 1960s about the wonder of the dematerialization of the art object. She called it an “ultra-conceptual art that emphasizes the thinking process almost exclusively.” She operated as an early advocate for conceptual artists who “attempted to escape from the frame-and-pedestal syndrome which art found itself by the mid-1960s.” For these conceptual artists, the idea itself was superior to the material form. She described this evolution as a reaction to two decades of an anti-intellectual and emotional, intuitive art-making process. She predicted that if the trend of dematerialization would continue, at some point it could result in the extinction of the art object.

Lippard’s essay is an important part of the justification of the “dematerialized” conceptual art as “art-as-art.” Additionally, Lippard explained that conceptual art requires the viewers to participate more actively. Conceptual art demands more time to invest in the experience of less detailed work. It requires a more intellectual engagement in comprehending aloof and self-contained artworks everyone knows: for example the painting or the sculpture. Performance art calls for participation of the viewer in the sense that the human presence is needed for the work to exist.

Throughout the twentieth century, different movements and artists have embraced performance art. Examples include artists from the following movements: Futurism, Constructivism, Dada, Surrealism, and Bauhaus. However, it became generally accepted as a medium of artistic expression during the 1970s. During that decade conceptual art, which can be described as simply putting the idea over the material, was at its peak. Even though there have been a lot of critics calling virtually anything in unconventional media “ conceptual art,” artists of this form were more concerned with intellectual distinction in representation and relationships than those who rely on the object as a vehicle. This possibility of not having to rely on solid material gave room for the emerging of performance art. The non-material aspect of performance art caused a need to raise questions regarding the status of visual artwork. This begs the question of how is it possible that during a performance where an act performed by a body is recognized as a work of art? What is the original and authentic artwork? Performance art – identified the body as the most direct medium to express and materialize an experience of time, space, and material.

The art object was regarded as a pawn in the art market and performance art seen as a rejection of the art market. Because of performance art’s temporal, immediate and ephemeral nature, it is difficult to trade it on the market. Once the performance is over, it can only be known through other means. World-famous performance artist Marina Abramović has said about performance art: “It’s the end of the material culture and the commodification of art.” Nonetheless, if these artists rejected the commodification of the art object, a lot of them did not reject its documentation. In their turn, the documents are sold as unique artworks in the form of objects, texts, photographs or film. An example of this is on view at Stedelijk’s Base. In Art Must Be Beautiful, Artist Must Be Beautiful, she combs and brushes her long hair like a maniac, while repeating ‘art must be beautiful, artist must be beautiful’. This was initially performed in 1975 which could be regarded as the original artwork. However, a video pops up in the permanent collection of The Stedelijk and The MoMA has photographs of the affair in theirs.

One could question if the transformation of the “live act” into a commodity is problematic. Is performance art about the live event? Or has documentation of performance art qualities in its own right?

To make things even more complicated, art historian Amelia Jones argues that there cannot possibly be a definitively “truthful” or “authentic” form of the live event, not even at the actual moment the performance is taken place. The performance is constantly “escaping into the past” because the medium – the body – is confronted with time and space. Jones argues that a relationship to any cultural product, including performance art, is mediated. The apprehension of performance art is only possible through “subjective perception.” This itself originates from memory and experiences. According to Jones we cannot confirm the true meaning of a life event because nothing is singular or authentic because we can never grasp the “now.” Therefore, if both the event and its documentation is mediated, it might not matter that much. 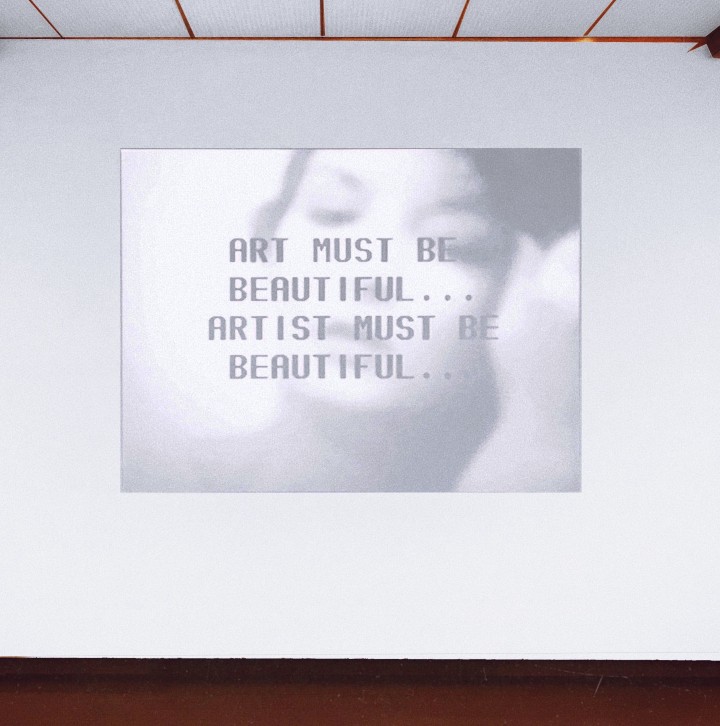